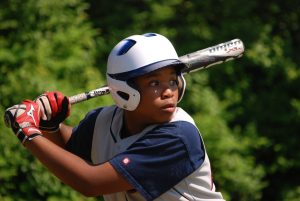 According to the American Sports Medical Institute, the number of youth baseball injuries has continued to rise. The number of Tommy John surgeries performed on youth players has doubled since 2000. Younger players are more prone to injury than adult players because their bones, growth plates and ligaments are not fully developed yet. This makes them more susceptible to overuse injuries. In fact, the number of overuse injuries in young baseball players is growing. The most common injuries are those in the shoulder and elbow. Most often, we see damage or tear to the ulnar collateral ligament (ULC) which is caused when a pitcher simply throws too much or too hard.

The ULC ligament is the main stabilizer of  the elbow for the motions of pitching. When it becomes damaged, it can become very difficult to repair. For this reason, when a pitcher complains with elbow or shoulder pain the day after throwing or movement in the joint is painful for restricted, they should always discontinue pitching and be evaluated by a sports medicine physician. Thankfully, all overuse injuries are preventable, and those related to the ULC are no different. The following are some of the recommendations for preventing injuries in youth baseball pitchers set by the ASMI. To see all their statements regarding youth baseball pitchers and Tommy John Surgery see the American Sports Medical Institute website.

For Parents and Coaches:

If you have a young athlete who as recently damaged their ULC or has undergone Tommy John surgery, give us a call at  (662) 282-4949, we can develop a recovery plan to help your athlete strengthen his/her arm and protect himself/herself from future injury.