3 Most Common Speech Disorders in Children

12 May 3 Most Common Speech Disorders in Children 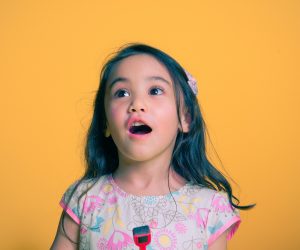 Studies show that children with speech disorders often have trouble in school making friends and learning to read. We all want the best for our children, so it’s important to be able to identify if your child is having problems and to troubleshoot those problems as soon as possible. Below are three of the most common speech disorders in children.

The first known common speech disorder is articulation disorder- An Articulation Disorder is when a child has difficulty making certain sounds correctly. They may omit sounds or alter sounds in speech. They may substitute harder sounds for easier sounds such as “wabbit” for “rabbit” or improperly add sounds to words. All young children will experience some kind of articulation issue as they learn to speak, but if problems persist after the standard developmental age, you need to consult a speech therapist. By the age of three, 90% of adults should be able to understand what your child says.

The third and final speech disorder in children is stuttering-Stuttering occurs when involuntary repetitions disrupt the flow of speech. A child who stutters may prolong sounds or hesitate or pause before speaking. No one knows the exact cause of stuttering, but it is suspected to be genetic since children are more likely to sutter if they have a close relative that stuttered. Often times, the child is fully capable of producing sounds and words, but stress and nervous triggers may cause the stuttering. Because of this, stuttering is variable, and if a child with a sutter is not anxious before he speaks, he may not stutter at all.

Of course every child is different, but if you suspect your child may have a speech disorder, contact us at 662-282-4949. We’ll set up an appointment with our Speech Therapist Michelle Anne Tally. She will be starting her practice with us this June.